New Jersey’s musical heritage reaches back 145 years and encompasses many elements including technology, live music venues as well as artists themselves who have made the Garden State their home.

In 1877 Thomas Edison’s phonograph was invented making New Jersey the first place in the world that musicians could come together to record music. Housed in his laboratory in West Orange, this early invention put the state firmly on the musical history map. You can visit and take a self-guided tour of Thomas A. Edison’s Laboratory Complex at the Thomas A. Edison National Historical Park and visit the Thomas Edison Centre at Menlo Park. 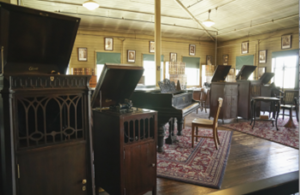 Above: Thomas Edison’s Laboratory (Credit: The New Jersey Division of Travel and Tourism)

Fast forward 64 years and in 1941 musician and inventor Les Paul, who spent much of his life in New Jersey, created the solid body guitar – the Gibson Les Paul. He also introduced many recording industry innovations and effects including multitrack recording and the reverb and is considered to be one of the foremost influences on the sound of contemporary music.

Venues that have hosted these great artists and many others are dotted around the state. The Stone Pony in Asbury Park is one of the most iconic New Jersey music venues, it was the launch pad for Bruce Springsteen and Jon Bon Jovi and has hosted many rock legends since it opened in the 1970s.

Above: The Stone Pony (Credit: The New Jersey Division of Travel and Tourism)

The Wellmont Theater opened in Montclair in 1922 and has a wonderful historic charm. The venue brings a variety of acts through its doors, from rock legends to indie bands, tribute acts and classical presentations.

Ocean City Music Pier in Cape May was originally constructed in 1928 and is a much-loved historical building overlooking the beach, boardwalk and Atlantic Ocean. This 900-person capacity venue still hosts a wider range of artists to this day and boasts fantastic acoustics as well as a striking location.

The Met Life Stadium in East Rutherford, is the largest venue in the state and has a capacity of about 82,000. Home to the New York Giants and New York Jets, the venue also hosts big scale music concerts.

New Jersey Performing Arts Centre, NJPAC, opened in 1997 and has a capacity of almost 3,500. A prominent cultural institution for the city of Newark and the state of New Jersey, as well as hosting world-Class Performances, the venue also holds a number of free events and festivals. 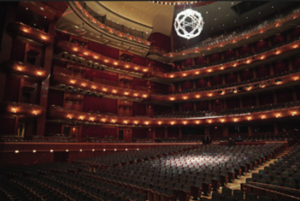 Above: NJPAC (Credit: The New Jersey Division of Travel and Tourism)

Atlantic City is known as the entertainment capital of New Jersey and big acts have been performing there in casinos, clubs and bars since the 1930’s, Tony Bennett and Frank Sinatra were regularly belting out their hits in the early days of Atlantic City’s music venues. Back to modern day and Alicia Keys, ZZ Top, Mary J Blige, Diona, Chris Issak, Phish, Alice Cooper and Billy Ocean are just some of the artists set to play gigs there over the next few months. Venues here include Jim Whelan Boardwalk Hall, Ovation Hall at Ocean Casino Resort, the Event Centre at Borgata Hotel Casino and Spa, Sound Waves at Hard Rock Hotel & Casino and Hard Rock Live Etess Arena. 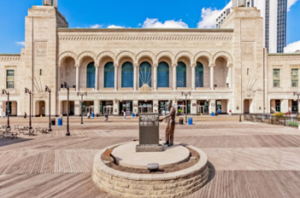 The TidalWave Music Festival comes to Atlantic City from August 12-14, featuring country stars from around the United States.

Sea.Hear.Now celebrates its third year at Asbury Park and take place from Sept. 17-18, performers include Pearl Jam, The Avett Brothers and Billy Idol, among others.

XPoNential Festival will take place at the Freedom Mortgage Pavilion in Camden from September 16-18 and features a line-up of promising up-and-coming artists.

Although this year’s event has already taken place, dates are already set for 2023’s Barefoot Country Music Festival, this is a hugely popular event on the US Northeast coast and will take place from June 15-18 on the beach in Wildwood.