The resort city of Atlantic City, located on New Jersey’s Atlantic coast, is famous for its boardwalk, wide sandy beaches, world-class entertainment options, concerts, shows and events plus its rich choice in hotels. This year brings a number of exciting developments to the city, giving Brits even more reason to visit this vibrant and exciting city.

Spanning over 20 beachfront acres on the Atlantic City Boardwalk, Ocean Casino Resort has announced $75M property reinvestment in 2022, which will bring 12 floors of new hotel rooms and suites, adding 360 guest rooms and nearly 100 suites, plus the growth of several of its non-gaming amenities, including culinary and entertainment experiences. This will build on its existing 1,399 guest rooms and suites; 135,000 square feet of gaming entertainment; 1,720 slot machines; 108 gaming tables; 160,000 square feet of meeting and convention space; 90,000 square feet of unique outdoor space; 4 upscale dining restaurants; 11 casual dining options; a 40,000 square foot spa; 6 signature day and nightlife experiences; and a 4,500-seat concert venue. 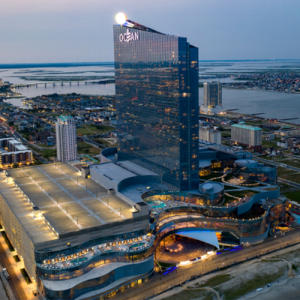 Caesars Entertainment and Nobu Hospitality have announced the expansion of their partnership with a new project coming to Atlantic City. Nobu Hotel Atlantic City is projected to open in the summer of 2022 within Caesars Atlantic City and will further position the city as a leading travel destination on the East Coast. Nobu Hotel Atlantic City, including a Nobu restaurant, is part of Caesars’ $400 million investment into the destination by 2023. This investment features enhancements to Caesars Atlantic City, Harrah’s Resort, and Tropicana Atlantic City and includes high-end remodelled room towers and suites; freshly appointed interior design elements; enhancements to the casinos’ gaming floors; and many more exciting additions within the next three years. 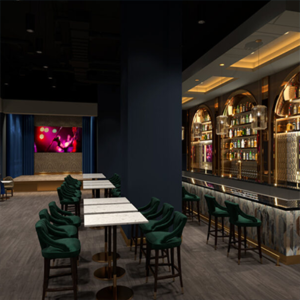 Resorts Casino Hotel is renovating its rooftop pool, adding a retractable roof to enable it to be used year-round, the pool will be open in May 2022. Resorts also is investing $5 million into new table games and slot machines, remodelling its high-limit slots area, and creating a new VIP Asian-themed room. 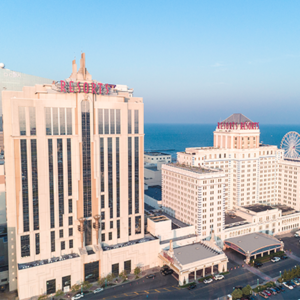 Showboat Hotel Atlantic City officially broke ground on their newest concept, Island Waterpark an $100M indoor water park which is set to open in 2023. The 103,000-square-foot park is intended to increase the offerings for families visiting Atlantic City and will feature water slides, pools, a lazy river, food and beverage outlets, retails space, lounge areas, and a party room.

For further information on what Atlantic City has to offer visitors go to www.touratlanticcity.com